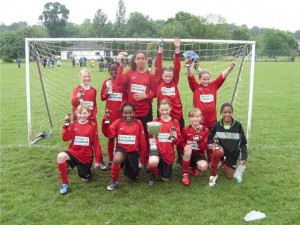 In 2008, the first ever Barking & Dagenham girls’ district team proudly entered the Mayor’s Cup; beginning a remarkable unbeaten run of games that would last for five years.

Rush Green’s Georgia Fairs scored the team’s first ever goal in their opening match and Mollie Rose’s last minute winner captured the trophy on a memorable and rain-sodden afternoon in Lewisham.

The following year saw only a handful of fixtures completed but 2010 brought second place in the Islington Trophy. Further silverware came in the Sutton Schools Tournament, with Godwin’s Louise Dove firing a late glancing header into Woking’s top corner for a 1-0 win in the final. 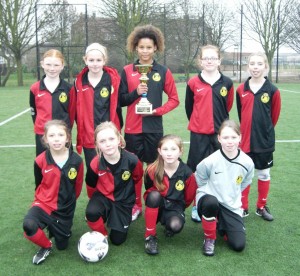 The Islington Trophy was captured in 2011, and for a second time in 2012: the latter signalling the start of an amazing sequence of games in a high-scoring run where Barking & Dagenham crushed all who came before them. The attacking prowess of Beau Parker, Andreya Ezekiel-Meade and Carson Barry saw all three selected for the Essex Player Development Centre, whilst all-time top scorer Connie Waring graduated through their ranks to sign for Arsenal Ladies at the end of the campaign. The season was rounded off in dramatic fashion, with Lois Ford having the decisive spot-kick in a thrilling penalty shoot-out with Havering to add the Camden Cup, presented by England international Rachel Yankey, to the borough’s haul of titles.

Defeat finally came in 2013’s Islington Tournament, bringing a forty-six match undefeated streak to an end although the team continued to show the pride and determination that has characterised Barking & Dagenham teams over their short history thus far. 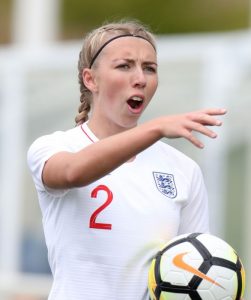 In 2015, Olivia Smith (2010 & 2011) became the first former player to receive international honours when she was selected for the English Schools’ FA U15’s team to play Ireland before making her debut for England U17s in October 2016 and for the U19s in March 2018. She was a regular in the squad that competed in Euro 2019 and, along with BDSFA team-mate Klesha Darroux, is currently enjoying the benefits of a scholarship in the US collegiate system.

Also in 2018, Andreya Ezekiel-Meade became the first of our alumna to feature in the WSL2, making her debut for Spurs against Brighton. 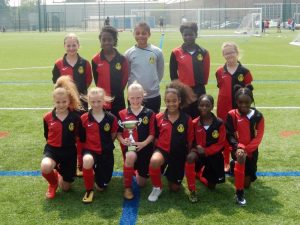 In fact, it turned out to be an incredible year for the BAD girls as they ended the season unbeaten in regulation time, only losing to Woking in extra-time. That meant the runners-up spot in the Southern Counties Cup and maiden title wins in the London Girls’ League and Essex 7-a-sides. Twenty clean sheets in twenty-seven matches spoke volumes about the team’s resilience and determination whilst Emily Brown became the districts’ all-time leading scorer with twenty-eight goals. 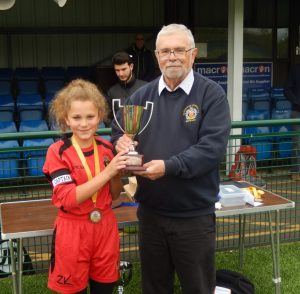 Just when we thought they couldn’t do any better – they did! In 2019, Barking & Dagenham retained both their London Girls’ League and Essex county titles AND made up for the previous year’s Southern Counties Cup heartbreak by defeating Gloucester 3-0 in the final at Oxford City F.C. Skipper Ellie-Mae Morgan ended the season as the district all-time leading appearance maker with an impressive 52 runouts for her district.

COVID-19 disrupted the next two seasons, however the BAD girls were still able to reach the Southern Counties Cup final for the third time in four attempts in 2021 and made it a hat-trick of LGL titles, sharing the trophy with joint winners Woking.

Thirteen years on, and Barking & Dagenham continue to go from strength-to-strength.