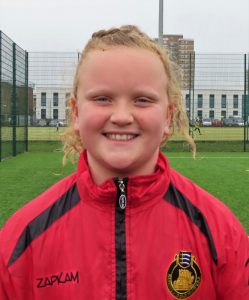 TWO AMAZING SAVES from keeper Connie McChrystal were the highlight of a difficult Dave Agass Shield enounter for Barking & Dagenham against Tower Hamlets. The Grafton stopper showed incredible reactions to keep her side in contention at a vital point in the match, providing the basis for much-needed second half goals from Alissa Dhillon and Lily-Mae Elsey.

The hosts began brightly enough when striker Violette Sharpe intercepted a loose goal-kick to test the keeper early on.

Other than that, Barking & Dagenham just weren’t at the races as they struggled to find their early-season form following a lengthy break. The only highlight at this point was the exemplary performance of Kara Mason-Wisbey on debut, who slotted into a range of roles with consummate ease. 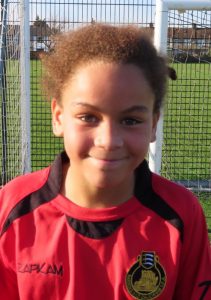 A lack of impetus saw Tower Hamlets ride their luck as first Dhillon, then Gracie Jones had half chances go wide, and it was the visitors who grew into the game more and subsequently gained in confidence.

After a lacklustre first half, the second period began in even worse fashion with only McChrystal’s exploits keeping Barking & Dagenham on level terms.

First, a Tower Hamlets striker burst clear into the box, with a fiercely hit drive arrowing into the roof of the goal from eight yards out. With McChrystal already on her way down, the crowd waited for the net to bulge. From somewhere though, a strong left hand rose up and parried the shot onto the bar and back into play in spectacular fashion.

Shortly after, another stunning stop at the near post kept an encouraged visiting strike-force at bay: however, Tower Hamlets finally forced the goal they deserved when a deflected effort from a corner trickled into the corner to threaten Barking & Dagenham’s three match winning streak.

With the goal, the beast was well and truly woken though as Barking & Dagenham picked up the pace and at last played with the verve and tenacity of which they are capable.

Elsey’s run and burst signalled the start of the onslaught as the skipper attempted to haul her side back into the game, her curling effort drifting just wide of the upright. 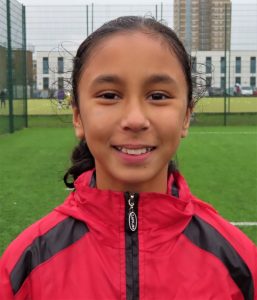 And with Barking & Dagenham committing more bodies forward and applying pressure on the visiting defence, Jones’ persistence on the right saw the ball fly across goal for Dhillon to sprint across from the opposite flank to ram the ball home.

Dhillon could have had a second shortly after when Elsey and Sharpe combined to play the Valence winger through in similar fashion. This time though, a hurried effort lacked the power necessary to trouble the keeper and Tower Hamlets survived.

A series of goal-mouth scrambles ensued until the dominance of the hosts prevailed.

In the end, there was a touch of fortune about it as Elsey’s whipped left-side corner took a sharp deflection into the empty net: however, Barking & Dagenham deserved something from their improved second half performance and the winning goal made sure that the home team took the spoils. Just.