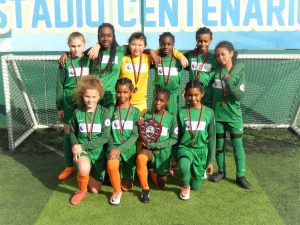 A FIVE STAR DISPLAY swept Henry Green girls to their third successive Monteagle Shield title, as they dominated from start to finish in a 5-0 victory over George Carey. Inspirational skipper Miquellah Meade bagged all the goals in a scintillating individual display during a convincing team display from the Green Lane side.

The holders took the lead after three minutes when Meade won back possession in midfield and drove down the left flank at pace. A drilled drive into the far corner claimed her first goal of the afternoon: however, the effervescent midfielder was by no means finished.

She added her second six minutes later, bursting from Henry Green’s own half, evading the last challenge and slotting home to make it 2-0.

And a third was added before half-time as a well-struck effort from the right of the penalty area went through the keeper’s legs for a comfortable lead.

In between, Kirsten McNaughton had George Carey’s best chance of the half, allowing a switched pass from the left to run across her body before firing a fierce attempt that keeper Mei Wang repelled with a diving save to her right.

Immediately after the restart though, any hopes of a George Carey revival were thwarted when Ellie Mai Morgan’s effort from distance bounced into the penalty area. Meade reacted before anybody else, darting onto the loose ball and lashing in her fourth.

With ten minutes remaining, Henry Green switched to a more defensive formation with the intention of seeing out the game whilst threatening on the break.

This allowed a glimmer of opportunity for George Carey as Zainab Msabah fashioned a brace of opportunities: the first brought a smart stop from Wang; the second saw her shot on the run flash wide.

And the challengers continued to grow in confidence as the half wore on as Chelsea Chukwu pulled off a string of saves from close range to deny Henry Green’s forwards. McNaughton bravely charged down Meade to deny a certain goal and Hazel Abnett won a succession of headers, tackles and blocks in an excellent second half display.

But it was Meade who had the final say rifling her fifth of the final and extinguishing any flicker of a George Carey consolation.

Henry Green can also wrap up a third successive Ballerz Girls’ League title if they maintain their 100% record in borough competitions this season. With just two left to play, they top the table once again and now have the opportunity to claim an amazing hat-trick of hat-tricks. 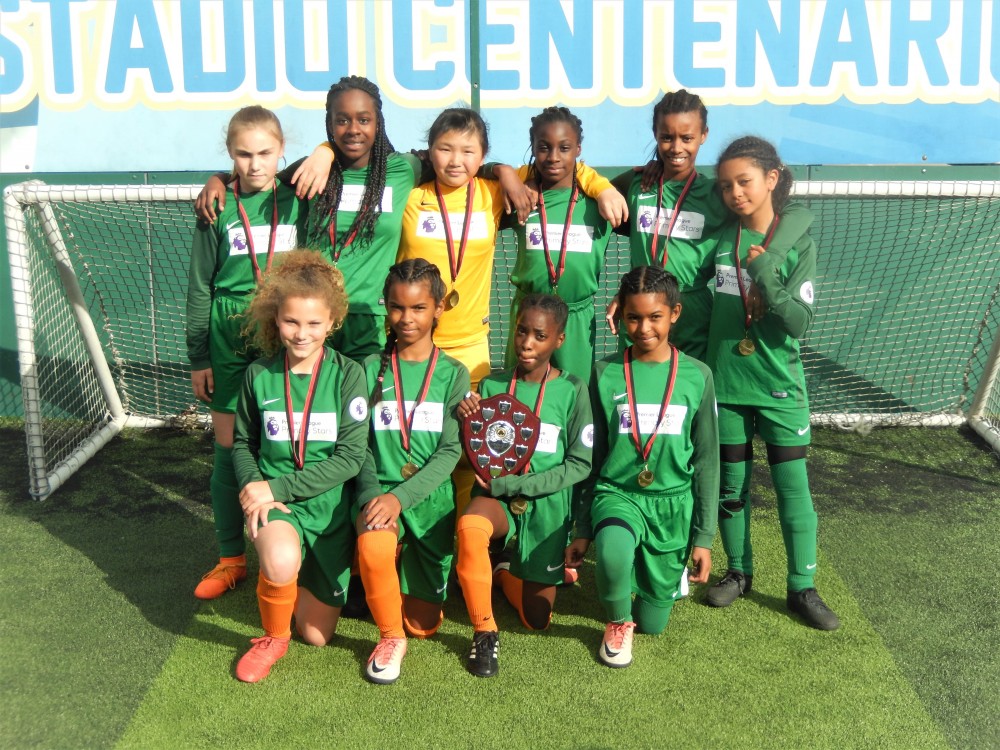